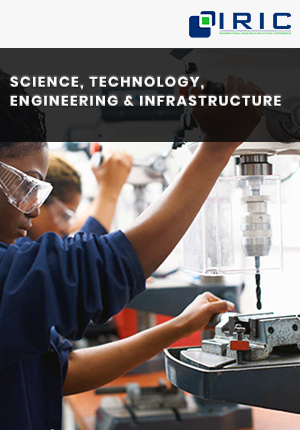 In this work, static bending analysis of an isotropic rectangular plate subjected to uniform distributed transverse loads was presented using displacement and refined shear deformation theory. This theory which is based on traditional higher-order shear deformation was applied in a bending analysis of rectangular plate. Total potential energy equation of a thick plate was formulated from the static elastic theory of the plate. The coefficient of deflection and shear deformation were derived by subjection the total potential energy obtained to direct variation. the objective of this study is to develop formula’s for calculation of the critical lateral imposed load of the plate before deflection reaches the specified maximum specified limit and maximum critical lateral imposed load before plate reaches an elastic yield by solving using the formulated expression, the effect of stress and load distribution analysis of a mild steel rectangular plates with one edge clamped and free and the other opposite edge simply supported (csfs) and clamped supported at second and fourth edge, simply supported at first edge and free of support at third edge (scfc) were analysed and compared. This approach overcomes the challenges of the conventional practice in the structural analysis/design which involves checking of deflection and shear; the process which is proved unreliable. It is concluded that the values of critical lateral load obtained by this theory achieve accepted transverse shear stress to the thickness of plate variation and satisfied the vertical flexibility of condition of plate while predicting the flexural characteristics for an isotropic rectangular cscs and scfs plate.