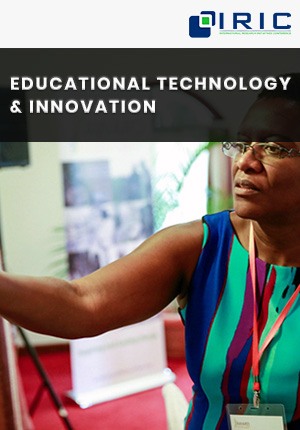 Several studies have documented the outstanding performance of girls in examinations especially in most parts of the developed world. But evidence have shown girls underperforming in the case of Ghana, in the final examination at the senior high school where girls performance lags behind boys in both core subjects and past rates. The research sort to find answers to whether girls’ performance in the final examination differs among schools in northern and southern Ghana and ‘what account for the low performance of girls relative to boys. The main purpose was to ascertain whether the evidence of underperformance in the final examinations is a general problem or not using only girls’ school across the country and to determine the root causes of girls’ performance in senior high school final examination.
This paper examined the theoretical based for the analysis of trend and root causes of girls’ academic performance in the context of Ghana as a developing country taking into account the diverse context in which schools function. The study came out with the theoretical perspectives by reviewing literature on gender inequalities in academic achievement, various theories related to gender inequalities and girls’ academic achievement and determinants of achievement. We mainly based the review on meta-analyses, literature review and single studies on various components related to the current study
From the review, differences in academic achievement of boys and girls have basically been explained with reference to biological, physical and social construction of the sexes. But underachievement of boys and girls have been traditionally linked to sex differentiation and sex inequality mainly using theories of sex differentiation and inequality. It came out that, the inequality in achievement is determined by some other personal variables like ability, study culture and external factors in addition to gender. The literature review revealed that current development requires analysis of inequality in academic achievement to transcend gender and include root causes of gender inequality. Sex role theories, liberal feminist theories and education production theory based on input-process-output are inadequate in explaining gender inequality in achievement and the determinants. In this regard the paper finds the Social Relation Framework as an alternative to analyze gender inequalities in academic achievement and the underlying root causes. The outcome being the use of school as the institution, where trends of girls’ performance are analyzed taken note of different context and cultures in which schools operate and the social relationships dimension: rules, resources, people, activities and power relation to determine academic achievement and production of gender inequality in academic performance.
The understanding of school context and culture as well as the social dimensions of rules, resources, activities and power relation ascertain academic performance not based on gender difference only, can lend support to gender inequalities, educational practice in schools and policy discourse through the designing of educational polices/practices to address underlying root causes of girls performance based on differential consideration of schools rather than all fit size policies.